Pretty much every Amazon seller knows this scenario: A product has received a bad review, the product ranking goes down and sales drop. Super annoying! Especially when you feel like the review was unjustified and not giving you any serious feedback you can work with.

You are probably wondering now whether there is anything you can do to remove the review or at least to stop the negative impact it has on your listing.

You are not alone. We have done all we can to find the best options for any seller who is in this situation. Ready? Let’s get started!

Why Are Amazon Reviews So Important for the Success of Your Amazon Business?

Reviews are essential for any Amazon business – probably just as important as  Amazon product images. They can make or break it. Why is that?

Reviews with the verified purchase badge show that Amazon has verified that the person who gave the review actually purchased the product and isn't biased because they received a huge discount on it.

So a good amount of (positive) reviews will increase your overall sales. Only think about your own experience as a customer on Amazon. The last time you bought something – Didn’t you also check the reviews? If so, is it true that it was part of the decision which product you chose? See, that’s why Amazon reviews are so important.

How Can You Remove Amazon Reviews?

Now that we know how big the impact of reviews on the success of selling on Amazon is, we definitely want to know how to delete reviews we don’t like. So how does this work?

The simple answer is: You can’t. But there are ways to handle bad reviews, so they will at least not have negative consequences for you.

Fill out the Matching Form - It Takes No Longer Than 3 Minutes!
Start Receiving proposals

1. Report Abuse of the Review Guidelines

According to its own statement, Amazon does not edit reviews. But reviews are checked for violations of Amazon’s community guidelines.

Amazon only deletes reviews that are against those guidelines. So which reviews are a violation of the Amazon’s review guidelines?

Here are some examples:

How Do You Report Abuse?

To make Amazon take action you need to report possible violations by clicking the “Report abuse” link near the content. You will then have to enter the reason you believe it violates the guidelines.

Sometimes there is no “Report abuse” link available though. If that is the case, you can just email community-help@amazon.com. Make sure to specify the exact location of the content and the reason you believe the content violates the guidelines.

The more specific, the better! Only then you will have a chance to have the review removed by Amazon.

In this case you can also get the “review” removed. To do so, simply use Amazon’s Feedback Manager and enter the necessary information in the form.

If there is neither a violation of the Amazon guidelines, nor an accidental seller feedback instead of a product review, Amazon probably won’t help you out.

You don’t have a choice but to take action yourself. One way is to try to get as many new reviews as possible which then somewhat “conceal” the bad review. 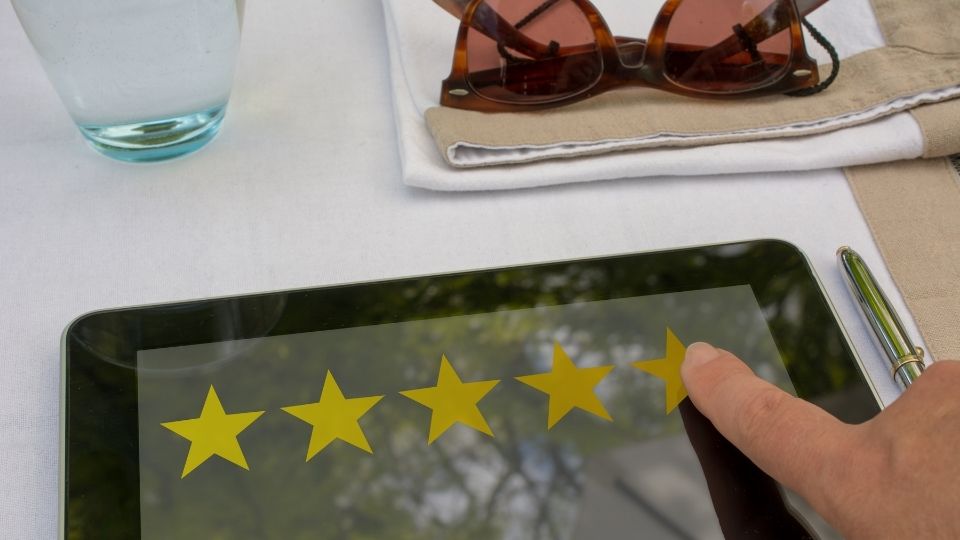 How to Get Amazon Reviews

The problem with this is that Amazon has very strict Customer product reviews policies. Whoever manipulates customer reviews, risks getting their seller account suspended. And Amazon is quite good at finding out when something is not okay.

So basically it’s your choice if you want to take the risk or not.

Here are some examples of what other sellers do to get more Amazon customer reviews:

All the options mentioned above are very risky. And you should not and probably don’t want to take the risk of getting your account suspended – especially if you generate your main income over Amazon. So we highly recommend to stay compliant with Amazon’s rules.

But you have some effective options that are totally risk-free:

4. Reach Out to Your Customers

You can also reach out to the customer who left you a negative review – but only if the customer uses the same name on their review as the one in their shipping address.

Is There a Way to Find Out Who Left a Review?

Unfortunately there is no way to find out who left a review if the review doesn’t show a name at all or a different name than the one used as the shipping address.

In the past, you could use Chrome Extensions and other services that promised to help you find out the identity of a person who gave a review. But of course Amazon didn’t approve of it, which is why they closed this loophole once and for all – leaving you with no way to react.

Update: Commenting Publicly Is No Longer an Option for Everybody – But There May Be a New Feature Soon

Until recently, it was possible for every seller to leave a public comment on Amazon customer reviews.

It gives limited manufacturers and vendors the possibility to post Official Comments on reviews of products associated with their account.

An Official Comment will be highlighted and displaced right next to a review. Posters are also given badges that show their relationship with the product for everybody to see right away.

How Can You Participate in the Pilot Program?

The pilot program is only accessible for

After you have received an invitation, you can ask your company administrator to grant the “Comment on customer reviews” right to your Vendor account.

After your account has been granted the right, you are able to post Official Comments on your products’ reviews.

Amazon uses reviews to monitor the performance of a seller and the quality of the offered products.

Reviews are supposed to be genuine and credible to ensure the highest customer satisfaction and transparency. Since Amazon wants customers to give their honest opinion, the platform only intervenes in rare and justified cases.

Otherwise, a seller who received a negative review has no choice but to offer the best product and excellent customer service to get as many new positive reviews as possible – that can make up for the bad one. Good luck!